How to Do User Testing on Your Mobile Apps | Buzinga

The famous architect Frank Lloyd Wright once said “Fix it on the drafting board with an eraser, or the construction site with a sledgehammer”.

The same concept is true in digital products. And that’s why testing your app concept with real life users as early and often as possible will help you create the best possible app you can.

Why Do I Need To Do User Testing? 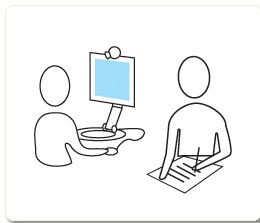 I realised the importance of formal user testing when I was studying at Uni.

I was part of a team of 12 students that had created a small segment of a fully functioning game for the Xbox 360.

We decided to exhibit it at the Armageddon Expo here in Melbourne. (Armageddon is a comic book and pop culture expo with more than 60,000 attendees)

2 hours and 40 eight year old gamers later our dream had been thoroughly crushed.

So the next day we started observing exactly what people were trying to do and noting down what was stopping them from achieving those goals.

We went back to the drawing board with the results and a few weeks later presented a new version to another group of people.

It was great. They got it. They loved it.

But like Frank Lloyd Wright’s quote, we had to use the sledgehammer to fix the problem.

If we knew earlier we would have only needed an eraser.

Luckily there are some handy ways to find out how your potential users understand your product (or potential product), and how they’ll want to interact with it.

Consequently, this is also a great way of zeroing in on your M.V.P by removing personal bias about features and requirements.

Things To Remember Before You Start 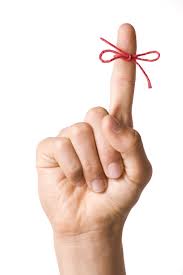 We don’t need fancy, we need the problem solved – And the best way to uncover the details of that problem is to observe users.

In the app world Uber is an awesome example of this. It solves the problem of “I need to get to work/a friends house/the airport” not “I need a taxi”

Asking users what they think they think often leads to unintentional biases.

The goal of user testing is to see if people understand what they’re doing, and if your app is behaving the way they expect them to. 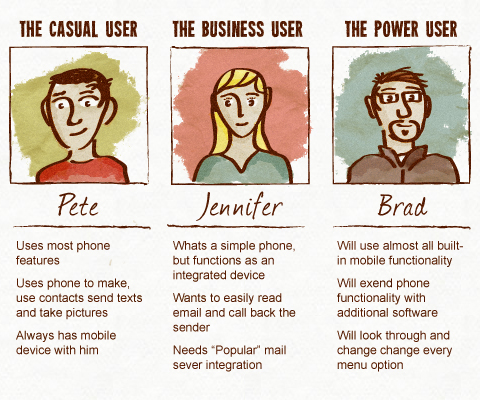 So, you want more than a couple of downloads for your app, right?

Of course you do. But to achieve this we need to understand more about people that aren’t YOU.

Your users think about things differently and behave differently to you, your business partner or your mum.

The easiest way to take this into account is to create personas. These are fictional people who will be using your app.

I usually do at least 3 to help us get an idea of what our core functionality truly is.

I start with the Power User: The person who will use every single feature in your app and know it inside out. The other users I map out are ‘Average Joe’ and the ‘Casual’.

However, catering to their every whim will make your app bloated and confusing.

This is a classic example of opinions not reflecting observations.

If you ask users (and clients) which features they want, they’ll usually say they want everything.

But studies have shown that, when actually observed, users interact with less than 30% of features they said they would use.

Moral of the story?

Try not to ruin your core functionality by introducing features that only the few hardcore users want.

Essentially ‘lots of features’ is the mortal enemy of ‘easy to use’.

So basically, anything that the Casual or Power User introduce to the system that has a negative impact on Average Joe you should be very suspicious of.

I know this sounds a little odd, but the more you think of these imaginary friends as people, the less inclined you’ll be to add features and processes that would annoy them.

Relevant content: App Marketing: Get crystal clear on your users 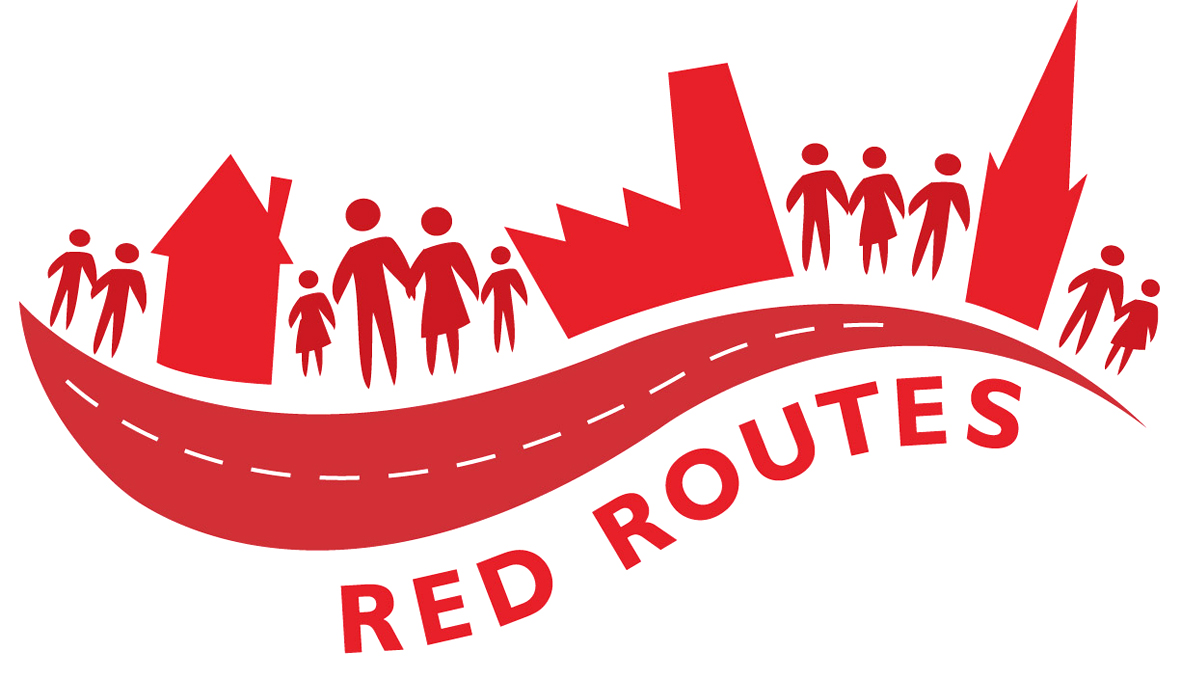 This is something you can do with friends and family without too much bias, unlike prototype testing where you need strangers to give feedback.

Obviously, the least popular features will have much higher scores and vice versa.

By arranging your features according to users’ preferences (not your own), you’ll shed some light on which features will get most traction.

I’d normally recommend you halve the field and throw the bottom half out.

Don’t put them in the app.

The reasoning is pure economics: Each feature takes time and money to implement, and since less people want to use the lower ranked features, you’ll get diminishing returns.

That top half? That’s your MVP. 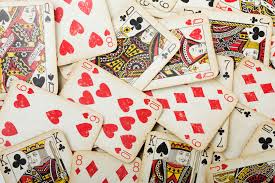 Source: The Cards of Life

Now that we know what features we should be prioritising, we can see how people understand this content.

Card sorting is similar to Red Routes in execution, but different in intent.

The aim of a card sort is to group functions and features together.

This is especially handy for things that have many categories and items, such as job types in Seek or shoes in an online store app.

Similar to the Red Routes, you will start to see a pattern emerge.

This is very dependent on the type of app you’re building. If it’s just for work boots, users may group shoes by size and price. High end womens shoes? Possibly sorted by brand and style.

One thing to consider with this type of test is that the results may not match your business goals.

Keep an eye out for this and find workarounds.

I once did a ‘card sort’ of movie screening times. What we found was that most people wanted to know about their local cinema first, then what time slot, then what film. This makes sense when you consider the first 2 factors revolve around highest personal convenience.

But you’ll notice most cinema web sites don’t match this format. Instead it’s usually film first. This is because movie distributors want to promote certain movies over others.

The workaround is often a filter option to narrow down results to cinema.

A final version of card sorting is where you provide preset categories for content. This usually takes the form of menu headings and users can fill in what they think should go under that heading.

The return of our personas!

For this task we map out (step by step) – the exact actions we think each persona would carry out to achieve their goals, preferably our highest priority tasks.

Mark out where in the process is the most painful for a user, and where we think they’re most likely to leave or get confused.

By doing this we can see if some features impact on others.

Here’s an example for the Festival Finder app: 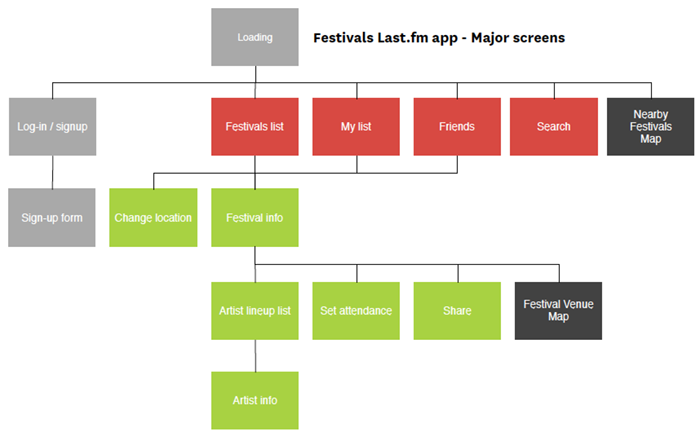 By creating a user flow, we can uncover valuable insights. For example: Are we introducing a painful login process when it is only used for a ‘Power User’ task?

Throw it out and make everyone else’s experience better.

This task is the same as a normal user test, but instead we look at a competitor’s product. We do this so we can see both what features people love and understand but also what things irritate them.

A thing to consider here is that some pain points are unavoidable. If a sign up process annoys people in another app it’s probably going to annoy people in yours.

The process is to give the app to a friend who has not used it before, and quietly observe them.

Give them a few tasks but keep the tasks vague.

Avoid “Buy a pair of black size 6 leather Brand X boots”. Instead aim for “Buy some shoes for a wedding next week”.

While they’re completing these tasks get them to vocalise any confusion or delight in the process.

If they seem confused ask them what they’re thinking. Always use open questions.

All of these tasks can be done with friends and family with only a little bias.

Many other methods can be used but it’s best for them to be carried out by a third party to ensure they’re performed correctly and the data isn’t influenced in any way.

Testing your idea can be an ominous experience. You have to be ready for the knocks and criticisms.

But if done properly it can yield amazing insights into your app idea and help make it the absolute best it can be.

Because there are few things as depressing as an 8 year old telling you your work is shit and being right.

Ben constructs innovative UX designs for mobile apps that create a dynamic unique experience for each user, driving fast engagement and long-term retention. With years of experience in the mobile industry, and a Bachelor of Games Development (Design) at QANTM, his designs are entertaining, robust and deliver bottom-line results.

How To Rank #1 In The App Store

Infographic: How To Measure The Success Of Your App
Scroll to top