Learn How to Make Money From an App Idea | Buzinga

Introducing Jason Couts: Jason is the Projects Team Lead at Buzinga App Development. With years of experience in IT, Jason has experienced first-hand the evolutionary success of the tech industry.

It’s no secret that the ‘secret’ motivation behind most entrepreneurial app developers, is that they want to, simply – Make It Rain.

What is the secret formula to making it rain?

Many people believe that the ‘secret’ is creative visualization.

It’s used to overcome challenges and visualise success long before success is a reality.

Oprah, Tiger Woods, Arnold Schwarzenegger, Anthony Robbins, Bill Gates, Will Smith, Ellen Degeneres are just a few to have claimed to use this technique.

William Shakespeare and Winston Churchill were said to have also foreseen their success.

Jim Carrey even wrote a check to himself for 10 million dollars in 1987! He dated the check for Thanksgiving 1995, and added a note “for services rendered.”

You have an app idea, you build it, you visualise it magically exploding, and then it’s bought by Google or Facebook.

Then you’re rolling in the dough. 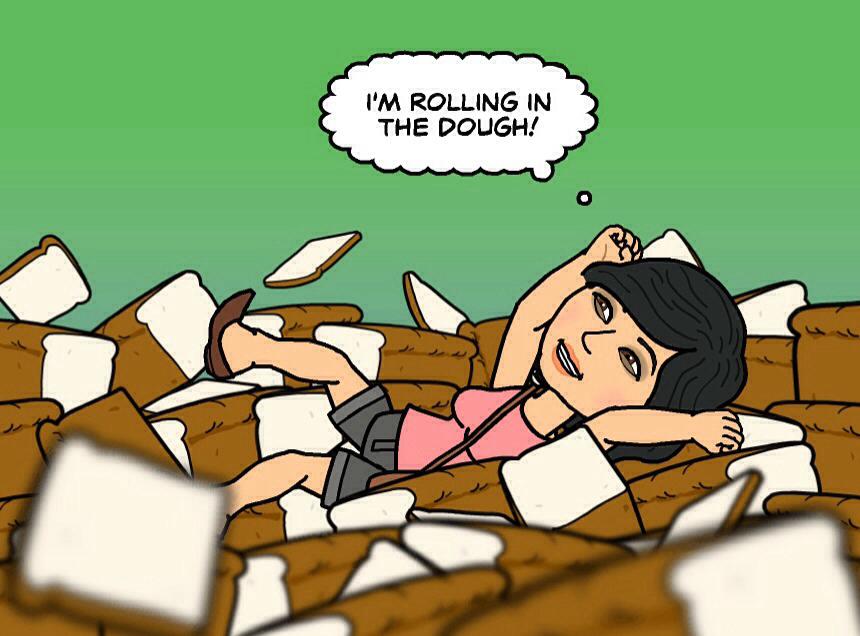 What this visualisation technique forgets to mention, is the passion and value that the ideas of these successful people brought to the world.

“The world gives you money in exchange for something it perceives to be of equal or greater value: something that transforms an aspect of the culture, reworks a familiar story or introduces a new one, alters the way people think about the category and make use of it in daily life.” – Justine Musk.

Did Bill Gates become a billionaire because he visualised himself as a billionaire, then the idea to build Microsoft came to him afterwards?

Did Jim Carey decide he was going to make 10 million dollars, then decide after he wrote that check, that his special talent was to make the world laugh?

If you haven’t yet subscribed to the Buzinga Blog – Please Click Here.

How To Turn Your App Idea Into A Money Making Machine.

So how do you turn your app idea into a money making machine?

Ladies and gentlemen, here is what I promised you.

This is the secret, the advice you need to read, the answer to success.

A few days ago I read this response by Justine Musk, the first wife of billionaire Elon Musk.  (Elon Musk is a founder of PayPal, and the CEO of Tesla and SpaceX. His net worth is around $US12.1billion.)

It perfectly sums up success.

She was asked the question: “Will I become a billionaire if I am determined to be one and put in all the necessary work required?”

And this was her answer:

“You’re determined. So what? You haven’t been racing naked through shark-infested waters yet.

Will you be just as determined when you wash up on some deserted island, disoriented and bloody and ragged and beaten and staring into the horizon with no sign of rescue?

Shift your focus away from what you want (a billion dollars) and get deeply, intensely curious about what the world wants and needs.

When you become a master of two worlds (say, engineering and business), you can bring them together in a way that will

a) introduce hot ideas to each other, so they can have idea sex and make idea babies that no one has seen before and

b) create a competitive advantage because you can move between worlds, speak both languages, connect the tribes, mash the elements to spark fresh creative insight until you wake up with the epiphany that changes your life.

The world doesn’t throw a billion dollars at a person because the person wants it or works so hard they feel they deserve it. The world does not care what you want or deserve.

The world gives you money in exchange for something it perceives to be of equal or greater value: something that transforms an aspect of the culture, reworks a familiar story or introduces a new one, alters the way people think about the category and make use of it in daily life.

There is no roadmap on how to make money from app, no blueprint for this; a lot of people will give you a lot of advice, and most of it will be bad, and a lot of it will be good and sound but you’ll have to figure out how it doesn’t apply to you because you’re coming from an unexpected angle.

And you’ll be doing it alone, until you develop the charisma and credibility to attract the talent you need to come with you.

Have courage. (You will need it.)

If you’re in this game to build something sthat is really valuable and useful to society, something that you’re proud of, then you’re going to be successful.

If you’re in this game for the sheer purpose of getting-rich-quick, I recommend taking a long holiday and re-assessing why you’d want to spend thousands of dollars building something that won’t add value to your life, or to the value of the intended users.

Eternal Optimism: How To Survive The Startup Grind

Episode 1: The Key Factors Of A Successful Tech Product

https://www.buzinga.com.au/wp-content/uploads/2015/05/MAKEITRAIN.png 359 900 Jason Coutsodimitropoulos https://www.buzinga.com.au/wp-content/uploads/2017/06/Buzinga-Logo-Old-Small.png Jason Coutsodimitropoulos2015-05-05 03:36:362016-09-13 02:51:09How To Turn Your App Idea Into A Money Making Machine
"Buzinga have added enormous value, partnering with us through all the challenges of building a custom application." - Ben Scollary, IT Innovation, Bluescope.

Episode 2: The Art Of Building An App With 360 Design

VIDEO: The Cost Of Building A Startup Mobile Application
Scroll to top